剧尾点题。 As the Epilogue said: …… May we learn from the past as we strive to understand our place in the world；May we remember our ancestors as we stride forward into the future; may the work chants (苦力号子）of Chinese railroad-men continue to echo in our ears; and may the tragic songs of their struggles forever hasten our footsteps ……” 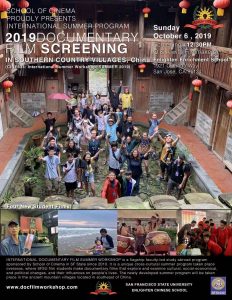 Professor Zhang is an award-winning filmmaker – one of China’s Sixth Generation filmmakers – and a graduate of the Beijing Film Academy and Ohio University film schools. Since 1992, she has worked on numerous award-winning films, documentaries, and TV drama series in both China and the U.S. Her many successes include The House of Spirit (2001), which won the “Women in Film Award” and was also featured in over a dozen film festivals. In 2007, The Library of Congress acquired her interactive multimedia DVD-ROM, Nushu: The Women’s Secret Writing, for its permanent collection. In 2008, as a U.S. unit director, she filmed the U.S. Olympic athletes pre during the post 2008 Olympics as well as the San Francisco torch relay sequence which became the major content appearing in the award-winning feature documentary film, The Ever Lasting Flame – Beijing 2008 (2009). The film has become part of the permanent collection in the Olympic Museum, Lausanne, Switzerland. She was awarded an SFSU Presidential Award for Professional Development (2008); Distinguished Alumni Award, Ohio University (2005); Tides Foundation Film Award (2008); Pacific Pioneer Film Award (2008). 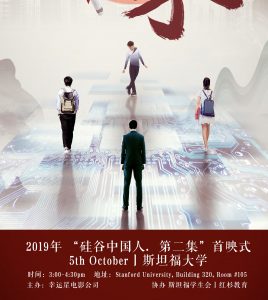 Discover Talent Education proudly partnered with Modern Brain to offer the best Speech and Debate classes. Come meet us to learn about our program, talk to the coaches, and have your children learn some lifelong important communication skills.